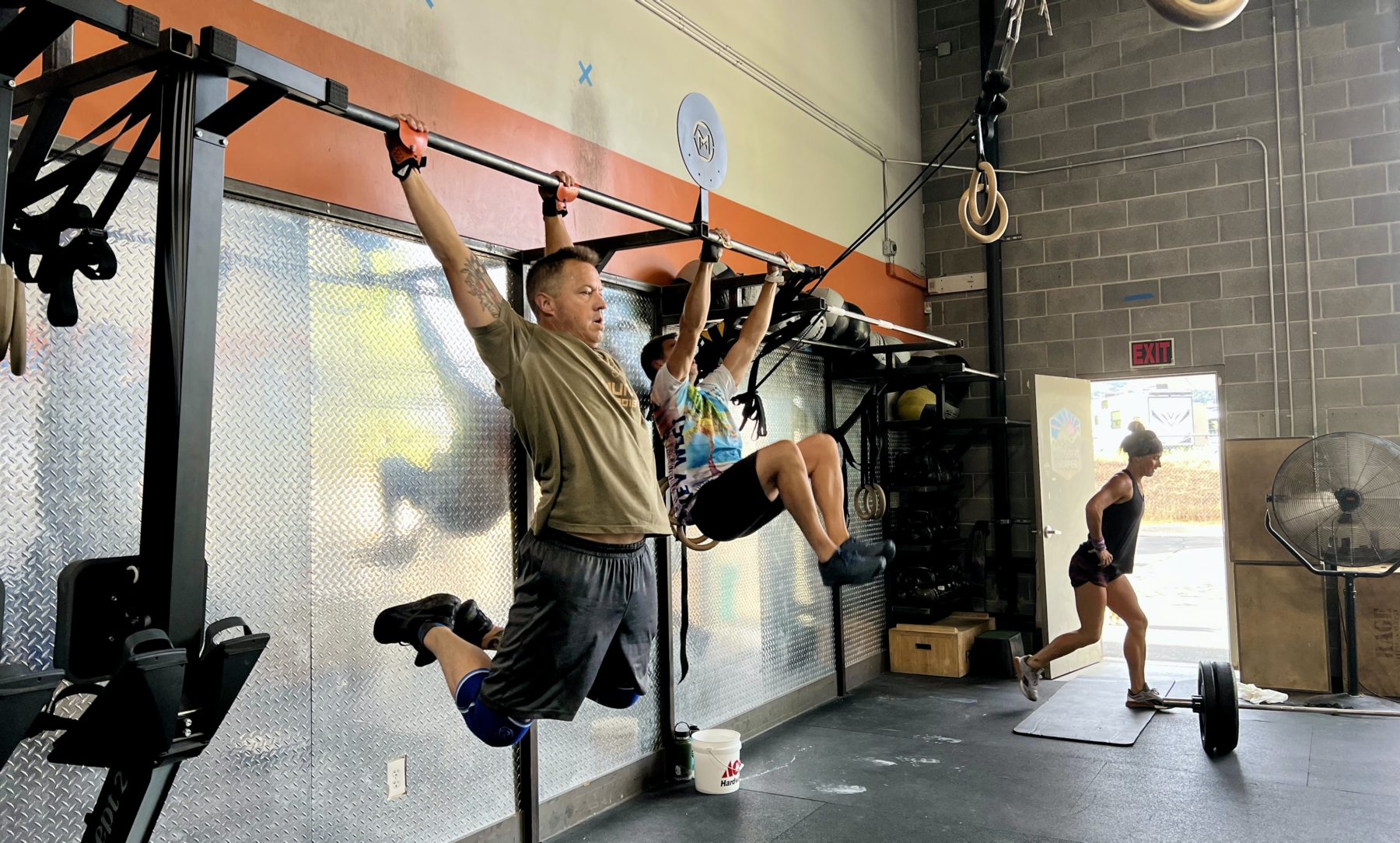 Bob and Bryan working through the Toes to Bar during Thursdays grinder!

There are two definitions in the English language for the word “Overcome”.

The first is that we are helpless. Overwhelmed, overrun, and beaten down, one who is “overcome” has lost the battle.

The second difference is the polar opposite. It is to triumph. To square off towards some form of adversity or obstacle, and to win.

These two definitions are on opposite spectrums for a reason. There is no middle ground. Adversity causes some to break. For others, it breaks records.

We don’t run from the fire. We run to it. 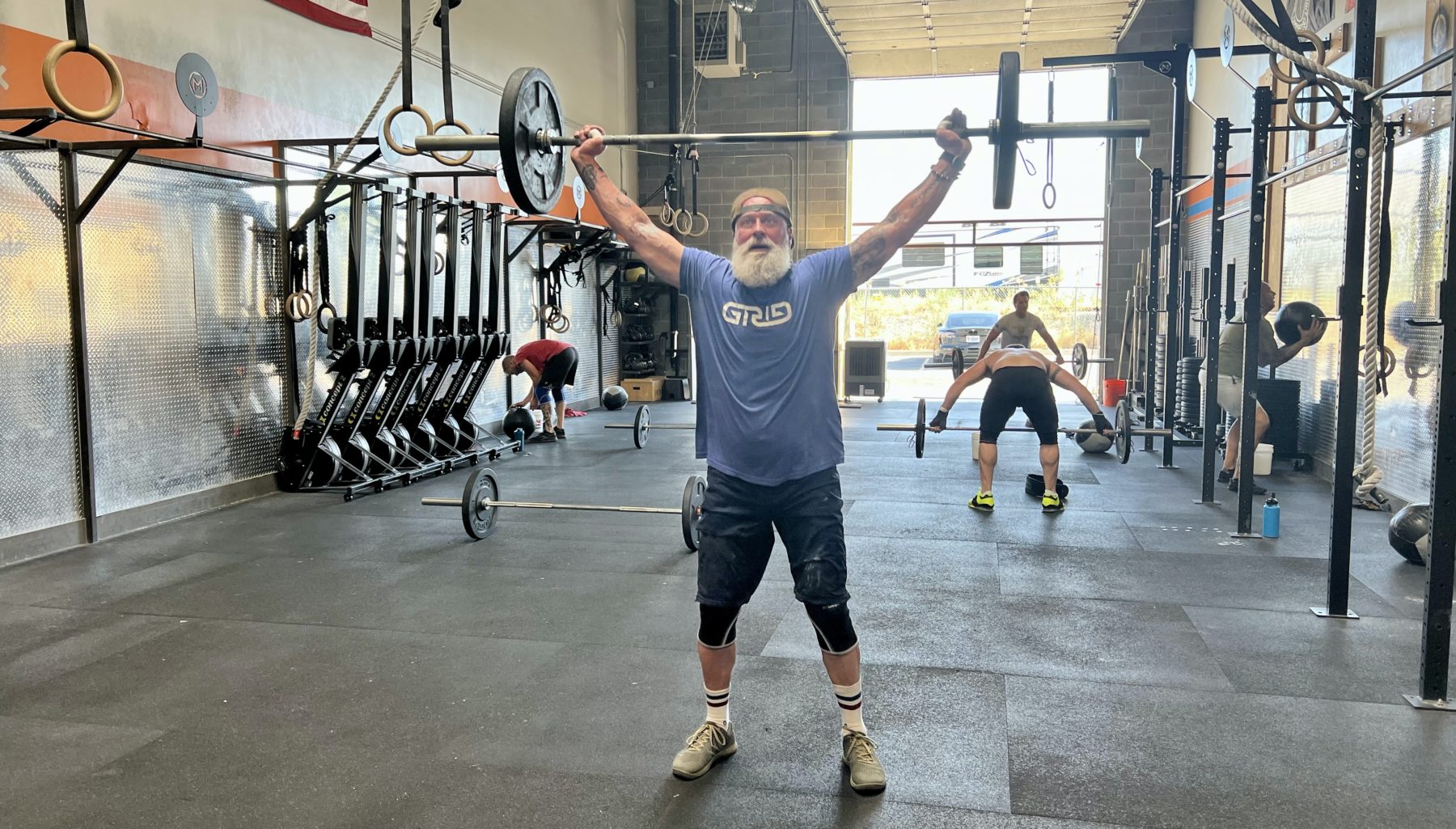 Dr. D is back and crushing it!

Build to a Heavy Set of 2 Push Press

*Score = Heaviest load used for a set of 2

“Life is like sailing. You can use any wind to go in any direction.”

Are we sailing North on purpose, or is it because the wind is taking us that way?

Life will throw its curveballs. It’s unseen illnesses, injuries, and schedule conflicts. But it is a choice to allow those to change our cardinal direction. There is always a way to continue in the direction we want.

When the challenge strikes, we don’t adjust the goal. We adjust the sails. 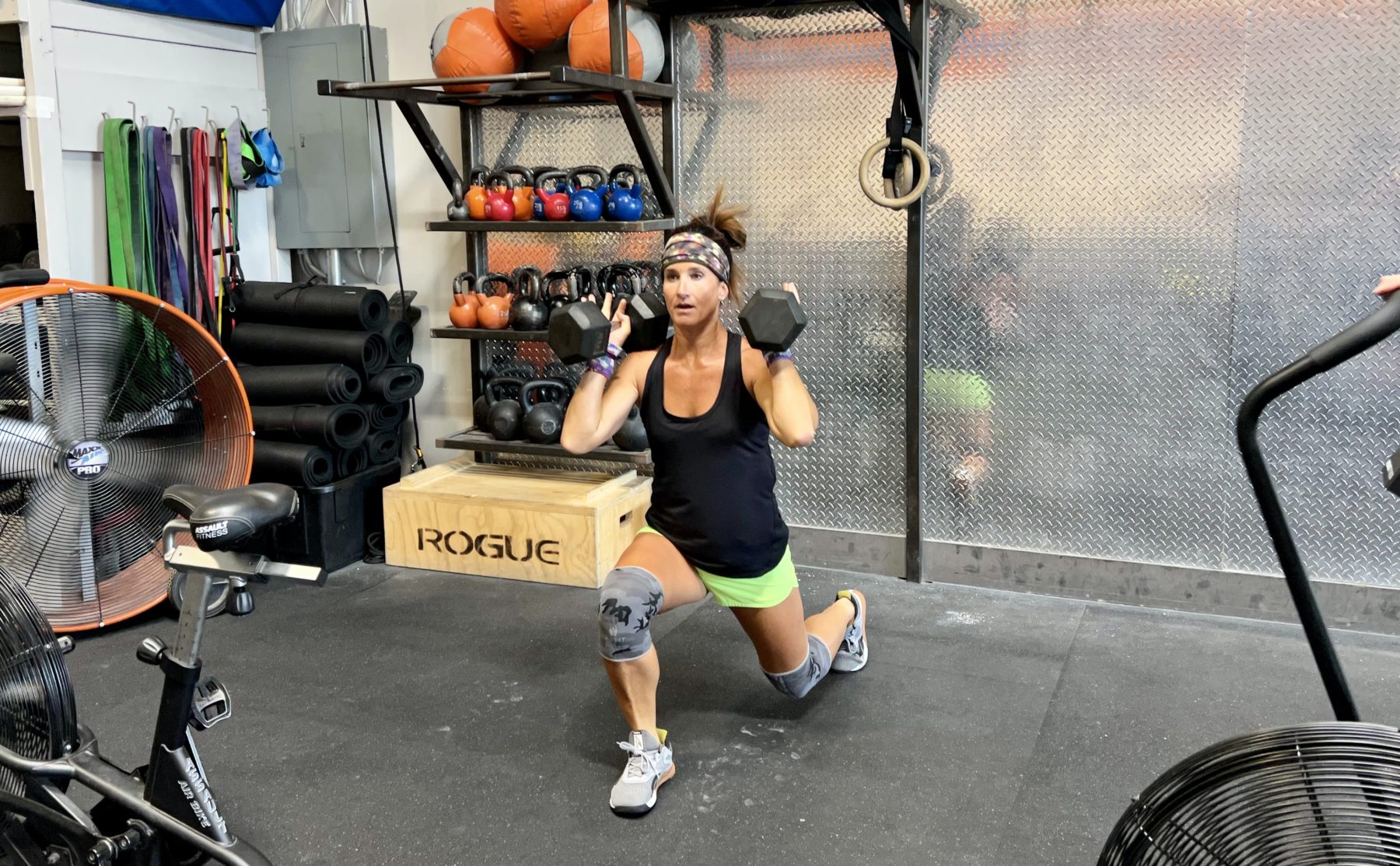 Laura is crushing her Lunges just like she does everything else!

“Waste No More Time Arguing What A Good Person Should Be. Be One.”

It isn’t what we say that defines us, but instead what we do.

In today’s modern world, opinions flow freely. This is a great thing. Yet with such healthy discussions and debates, comes drama, confusion, and a blurred line between what is right and wrong.

The term ‘paralysis through analysis’ is an expression used that describes a situation where we overthink things. We try to appease every opinion, and in attempting so, we do nothing.

Marcus Aurelius urges us to contemplate less, and act more. To be the change we want to see in this world, rather than to argue for it. 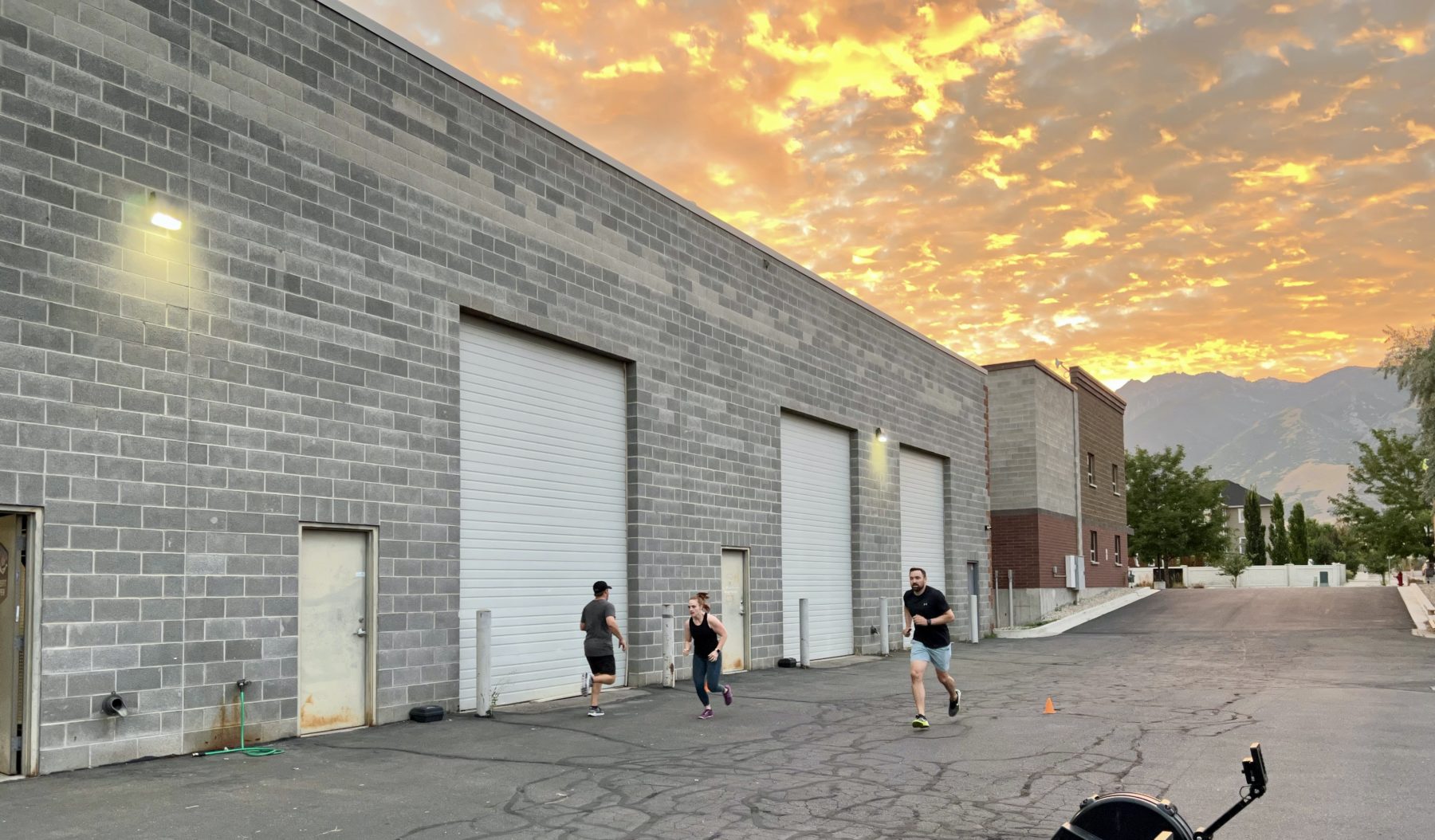 There is a common misconception about pain.
Pain is not what we feel inside of a conditioning workout, or the tail end of a heavy squat set.

What we feel inside conditioning sets is not pain… it’s discomfort.
Training isn’t painful. It’s uncomfortable at times, but – it’s not pain.
Let’s use this as a perspective change as we enter today’s training.
Today, we’ll get uncomfortable. 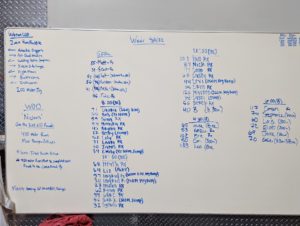 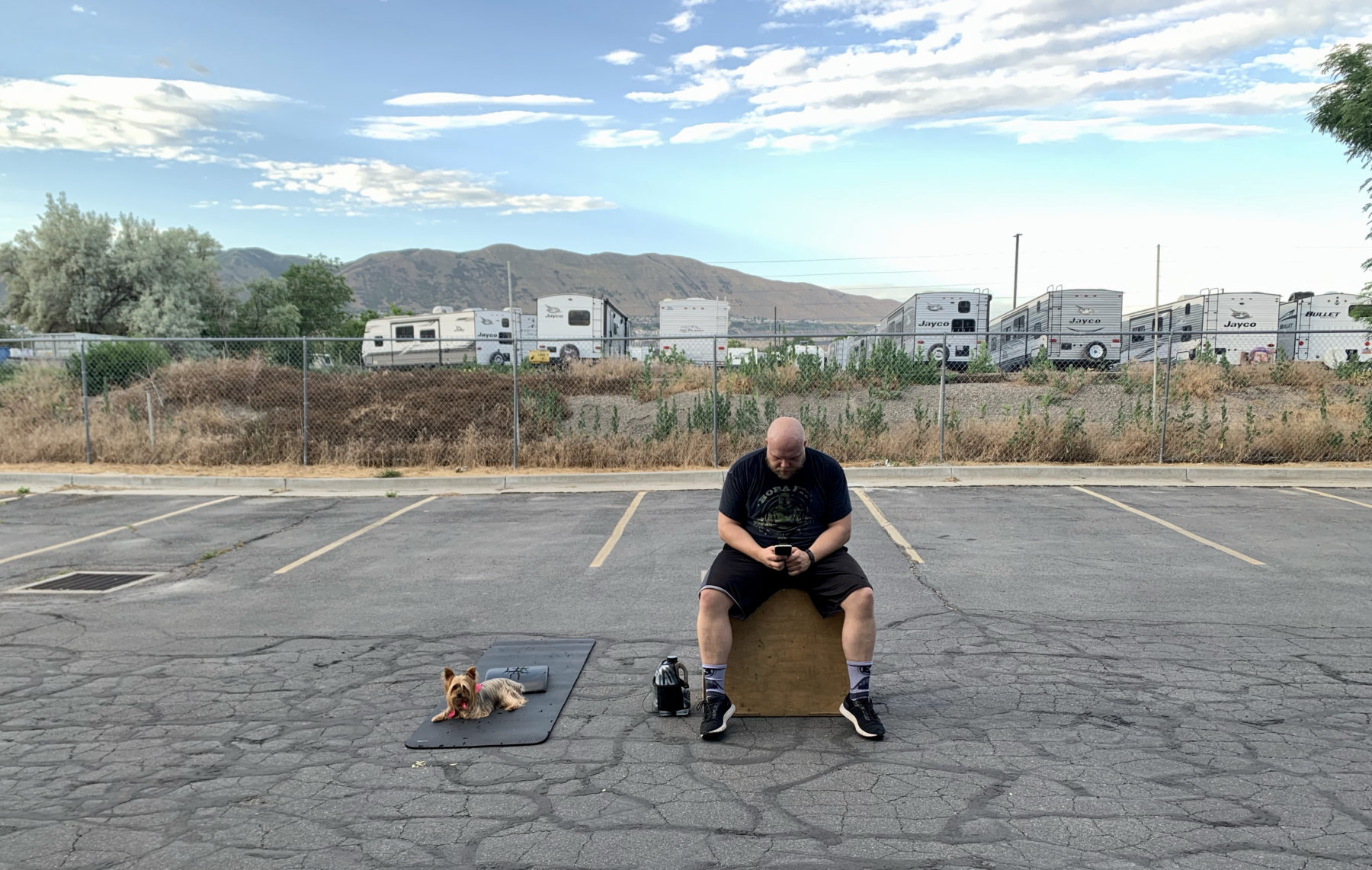 Build to a Heavy Set of 2 Overhead Squats

*Score = Heaviest load used for a set of 2

Perception, Good Action, and Gratitude.
Written nearly two thousand years ago, these three disciplines apply to our lives just as much today as back then.

Perception – In 20/20 hindsight, everyone has the right answer. But in the present moment, things can go south. What creates the difference – our emotional state. Control our emotions, and we’ll find clarity of judgment in the present.

Good Action – Perception is one thing, but it’s another to take the leap of action. Square ourselves off to the opportunity in front, and make it count. Every time. We never waste our failures. Worth writing twice, we never waste, our failures.

Gratitude – Through the lens of gratitude, everything is a gift. Change this, and the world changes around us. 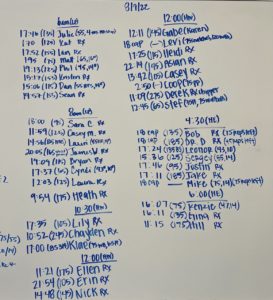 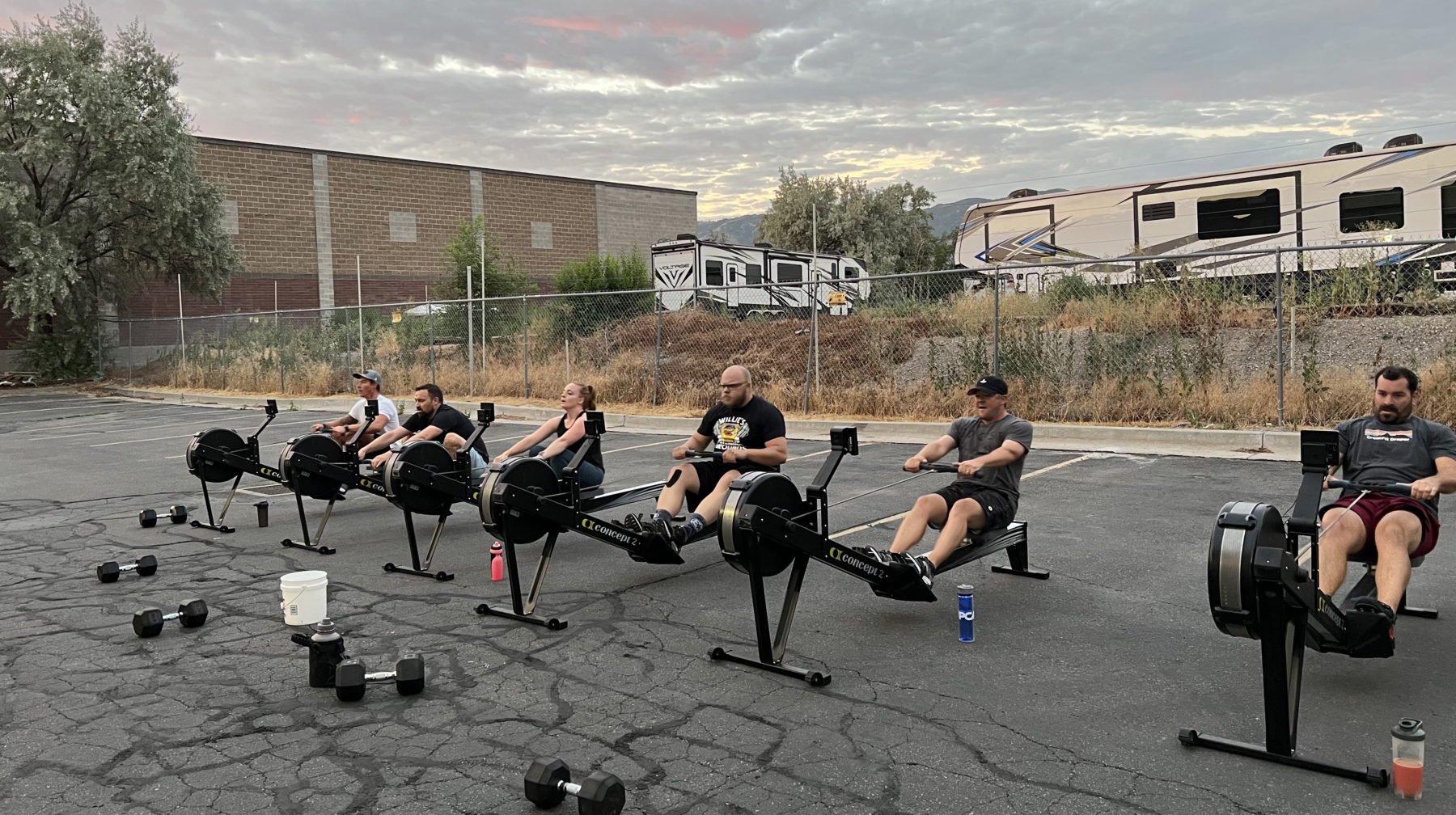 The 6am crew rowing it out!

*Score = Time it takes to complete the workout

“Every strike brings you closer to your next home run.”

When you hear the name “Babe Ruth”, what’s the first thing that comes to mind?
Hall of Fame home run hitter.

What is not the immediate reaction, is “all-time strikeout leader”. 1,300 strikeouts. A record for three decades he held. It was eventually broken, by another who struck out quite a bit too. Mickey Mantle. A name that would be hard to guess, as he’s right next to Babe Ruth in the hall of fame for his home run hits.

These two didn’t reach their success through the home runs. They reached it through the strike outs. Remove those embarrassing misses… and we would never know their names.

Every missed lift. Every poor competition. Every embarrassing stumble.
It’s bringing us closer.
This is where we get better. 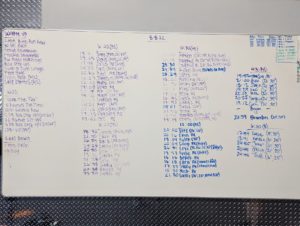 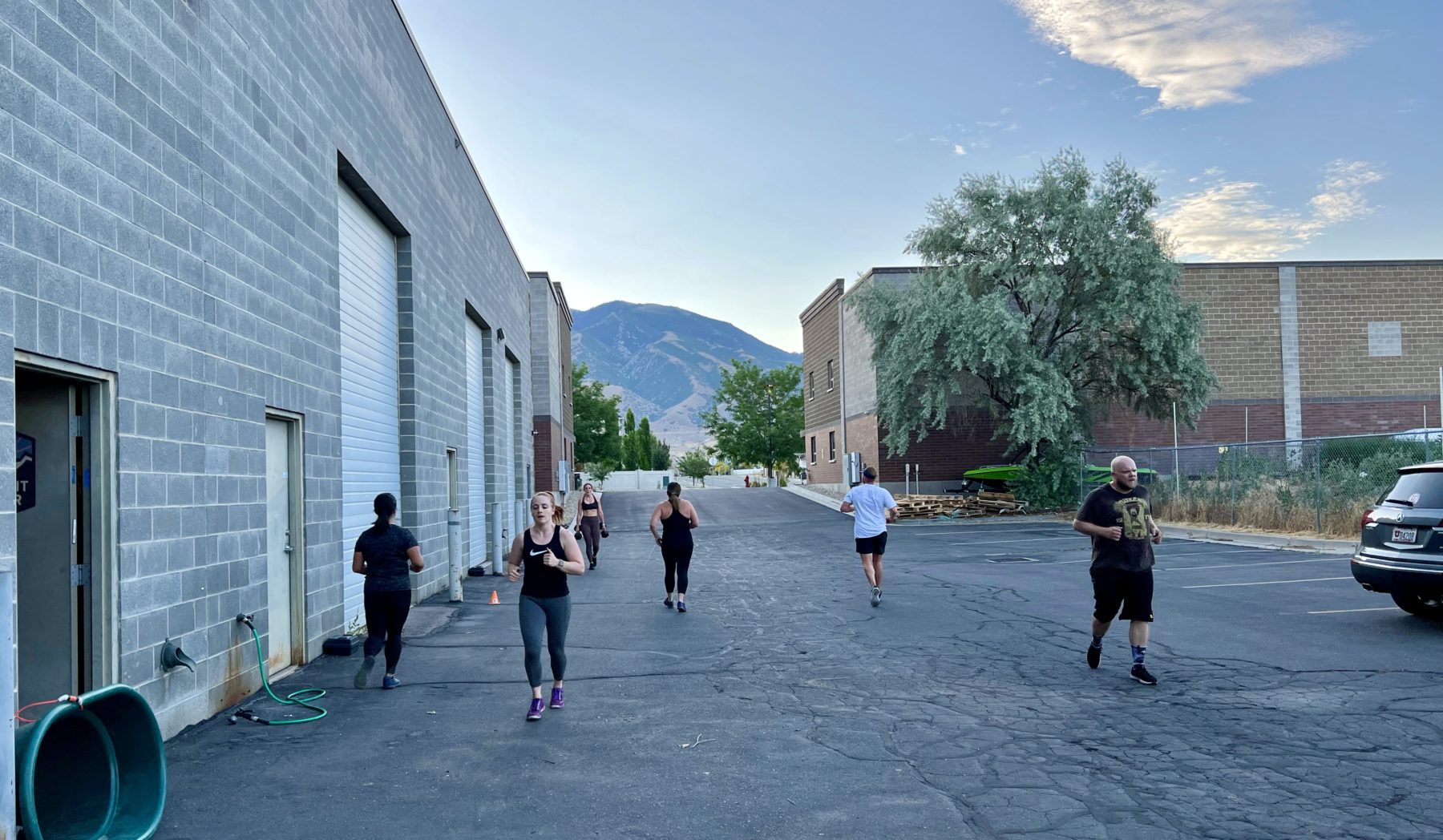 “Nothing great was ever achieved without enthusiasm.”

Many of us here are parents. You would understand more than most how being present is everything. A parent can go to their kids’ soccer game, and sit in the stands on their phone, awaiting the end. Or they can go to the game, and passionately be there. Not by yelling or cheering, but by intently wanting to be there. One is “just there”. The other is “being there”.

The obvious application here is in our training. If we were to go through the motions in “Fran” (21-15-9 Thruster/Pull-Up), with a relaxed, 15:00 completion time… there is very little benefit.

The less obvious is our daily encounters outside the gym. Where we may be going through the motions. Is it a lack-luster goodbye to our significant other before leaving for work? Is it greeting an employee with a “How are you?” even though we don’t mean it?

It’s okay to discover these in our daily lives. They happen, as we become comfortable in a routine. Doesn’t mean they should stay that way. 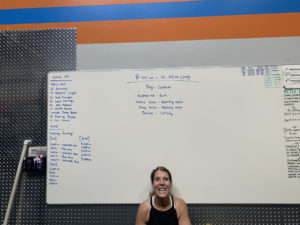 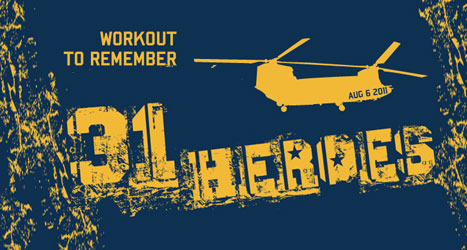 “Let character be your loudest statement.”

The chef puts on an apron.
The accountant brings a suitcase.
The football player wears shoulder pads and a helmet.
These are all identifiables that may come to mind when thinking of those individuals.

What are yours?
Are they materials, or is it something else?
Let character be what defines you. 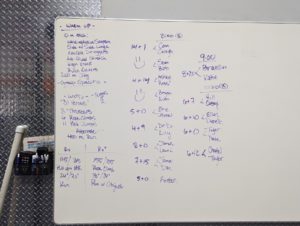 Emily is looking strong as she works through her Push-Ups!

5 Sets of 2 No Touch Deadlifts

“True happiness is to enjoy the present, without anxious dependence of the future”

How often do we rush to the finish line… only to rush to find the next?

It is in our nature to crave progress. It is also in our nature to be wary of complacency. This is where a misconception can form, leading to dark times. We live for the “future”, a finish line that we’ll never reach.

The aim is absolutely not to ignore the future… but to instead embrace the present. Let’s move past the logic of the “pursuit of happiness”, and embrace the breath in our lungs at this moment. Wherever we go today, let’s go with everything we got. 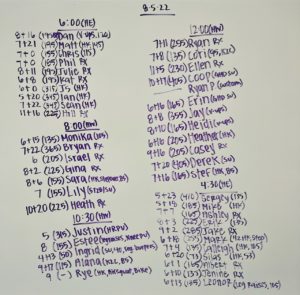 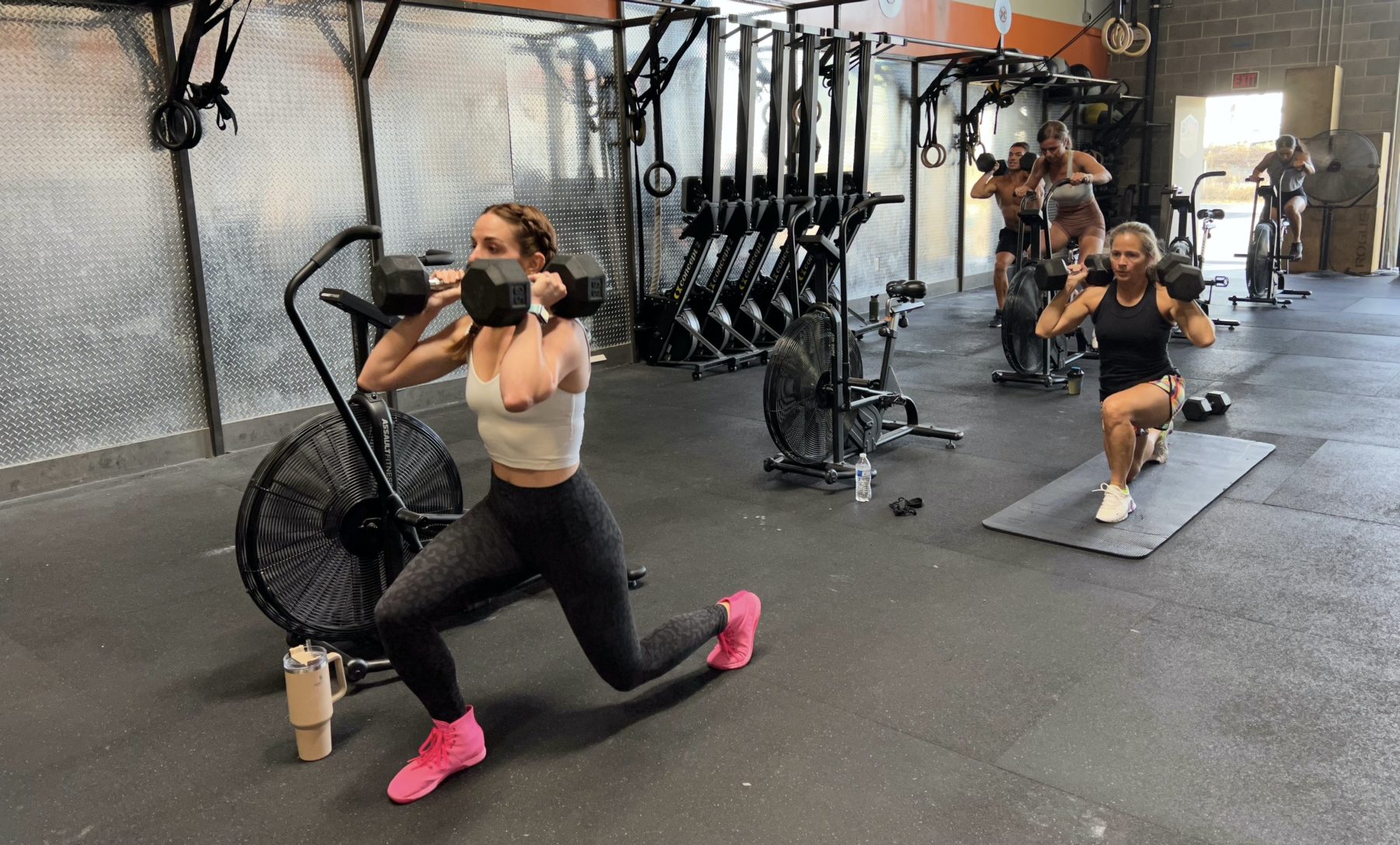 Ry and Cyndi are crushing the Lunges during Wednesday WOD!

What defines a leader? Is it a promotion, titles, or status? We realize that is not the case.

We’ve all met others at some point in our lives that were, title wise, on an identical level. Both were students in school, teammates on a sports team, or co-workers in a job. Yet something sets them apart. We don’t remember them for what they said or did, but instead, for how they made us feel.

There’s a line that’s been said a million times over.
“Why did you do it?”
“Because he (or she) would have done it for me”.

True leadership is not a title. 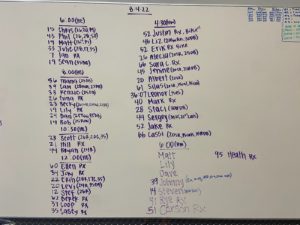