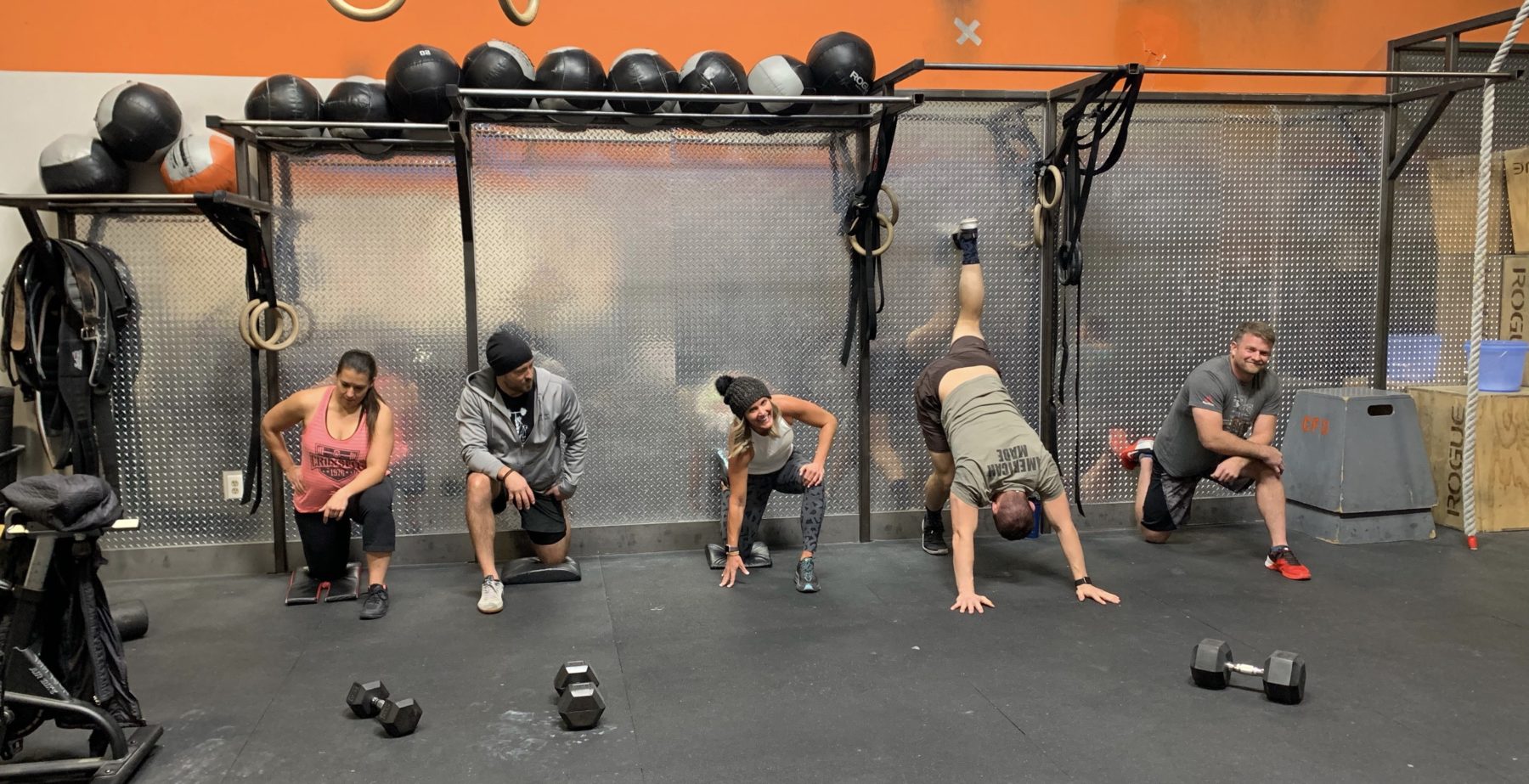 Don’t forget to pay attention to your mobility this weekend!

“If you want to be truly successful at it, you cannot be content with pretty good.”

How we do anything is how we do everything… and there is nothing in life worth doing half-assed.

Reflecting back on this week, let’s be critical with ourselves. What actions this week have been “pretty good”? It’s rare for situations to happen just once. We can almost guarantee they are coming around for a second time sooner than we think. Let’s take those “pretty goods”… to great. 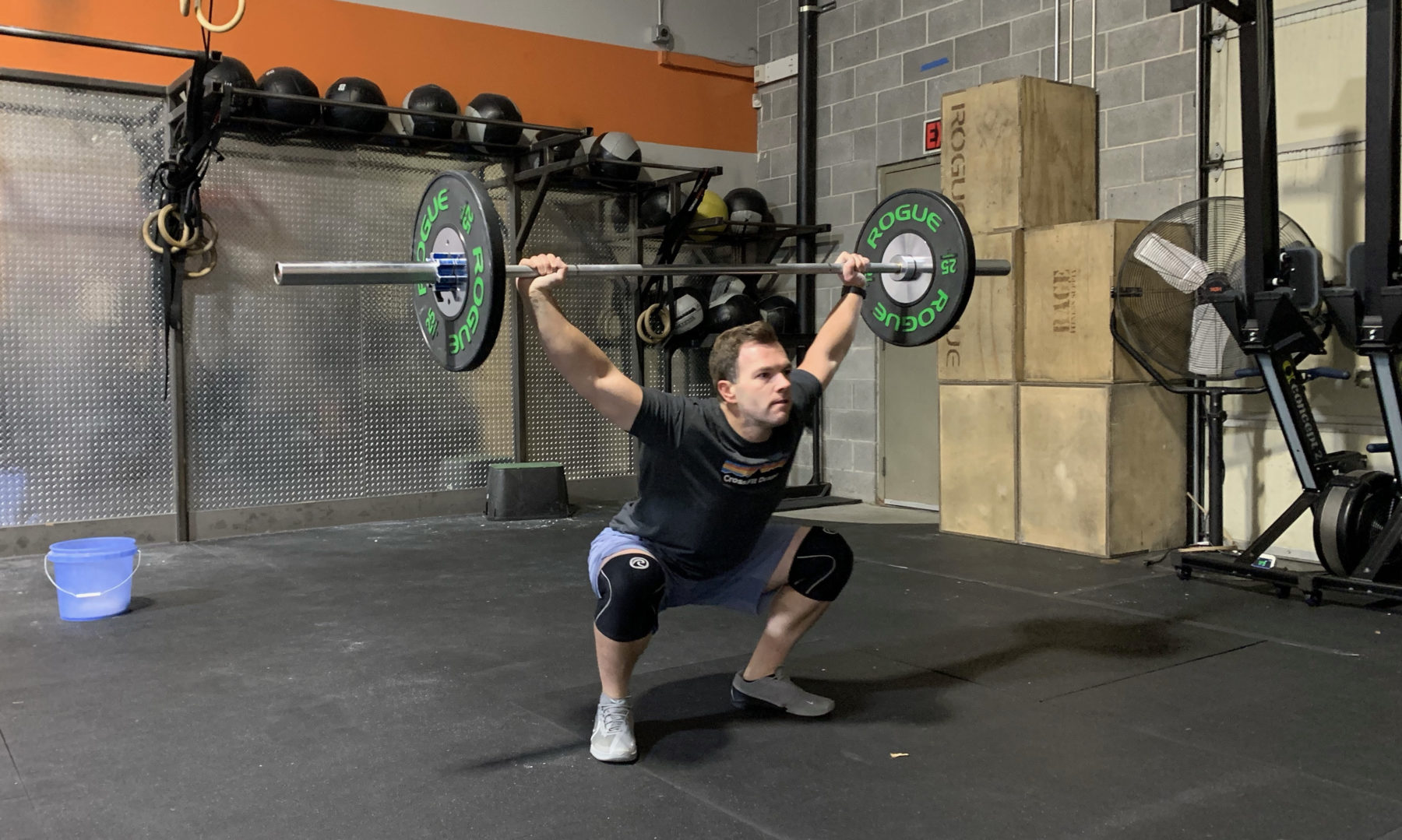 Jake is working through his Squat Snatches like a boss!

Don’t forget to jump in on Heathers Zoom Yoga today at 9:15am!  Click here to join.

“Water the flowers. Not the weeds.”

Imagine your vision being a water hose.
And wherever your attention goes, you water.
Whatever we water… grows.

There is truth behind this. Every day, we are going to spend our water (our thoughts), on something. There is a finite amount. If we choose to spend it on the weeds, the negatives in life, those thoughts will grow into reality.

But the opposite is also true.
Check in with ourselves today.
Are we watering the flowers, or the weeds? 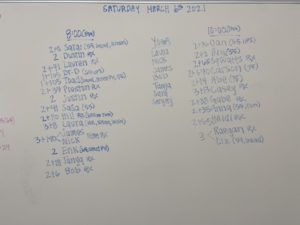 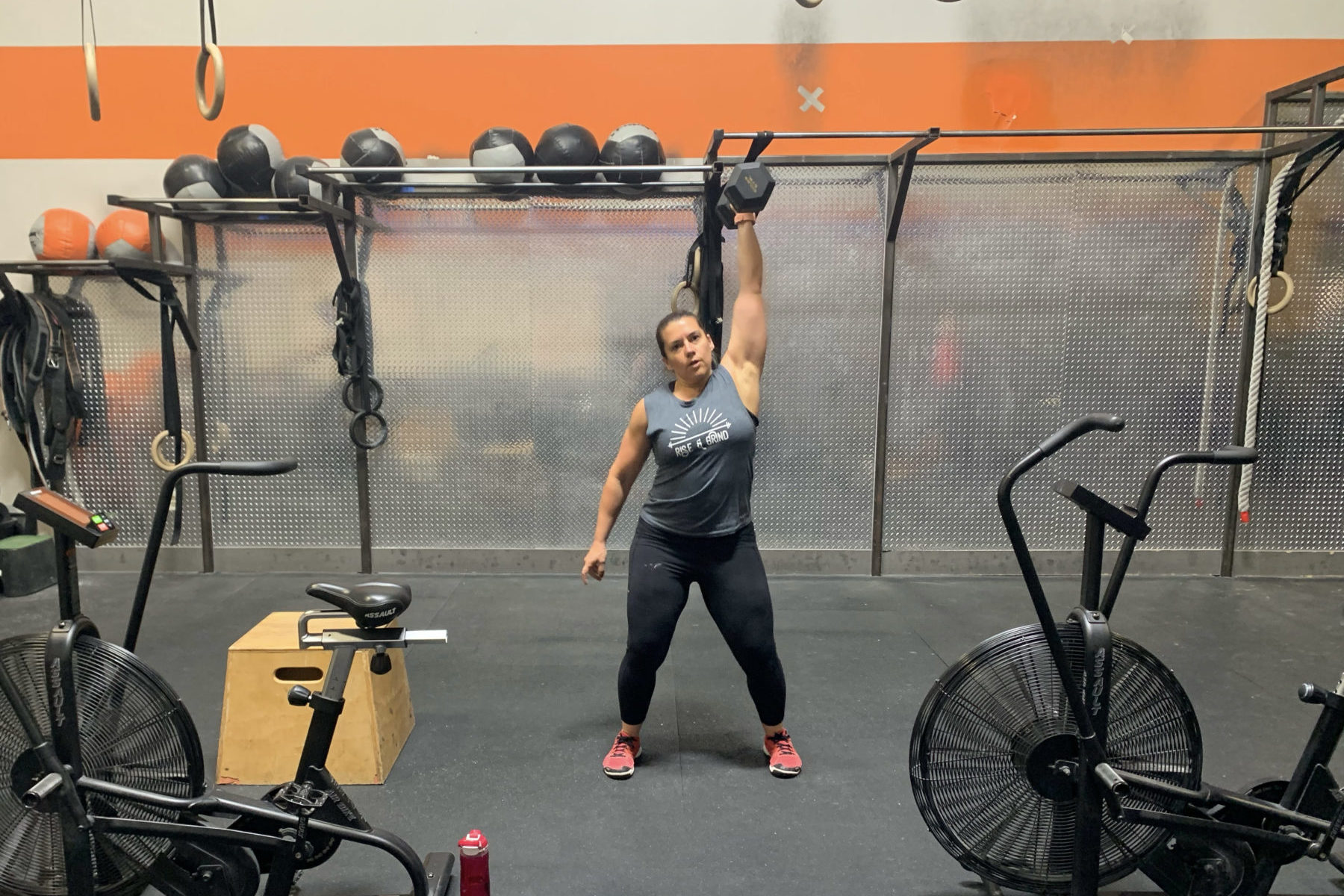 Donette is crushing the Dumbbell Snatches during Tuesdays WOD!

“Roses that are left unpruned can become a tangled mess of old and new canes, all competing for air and light.”

As the rose bush grows, it creates more buds that it can maintain. It doesn’t grow like a tree, as it’s physical size is limited, but the buds keep on coming. And if we don’t trim the buds down… the whole bush can exhaust itself and die.

Ideas are like rose buds. They constantly need to be “pruned” or trimmed. If we don’t trim our ideas, just like the rose bush, we can overwhelm ourselves.

Growth ideas are natural and it’s completely normal (and a very good thing) for new ones to come on a daily basis. But if we want to reach our full potential, it will require the pruning, trimming, and critical look on what needs to stay… and what needs to go. 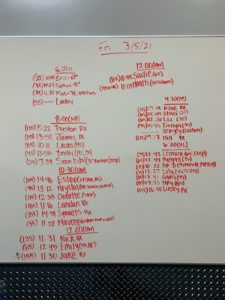 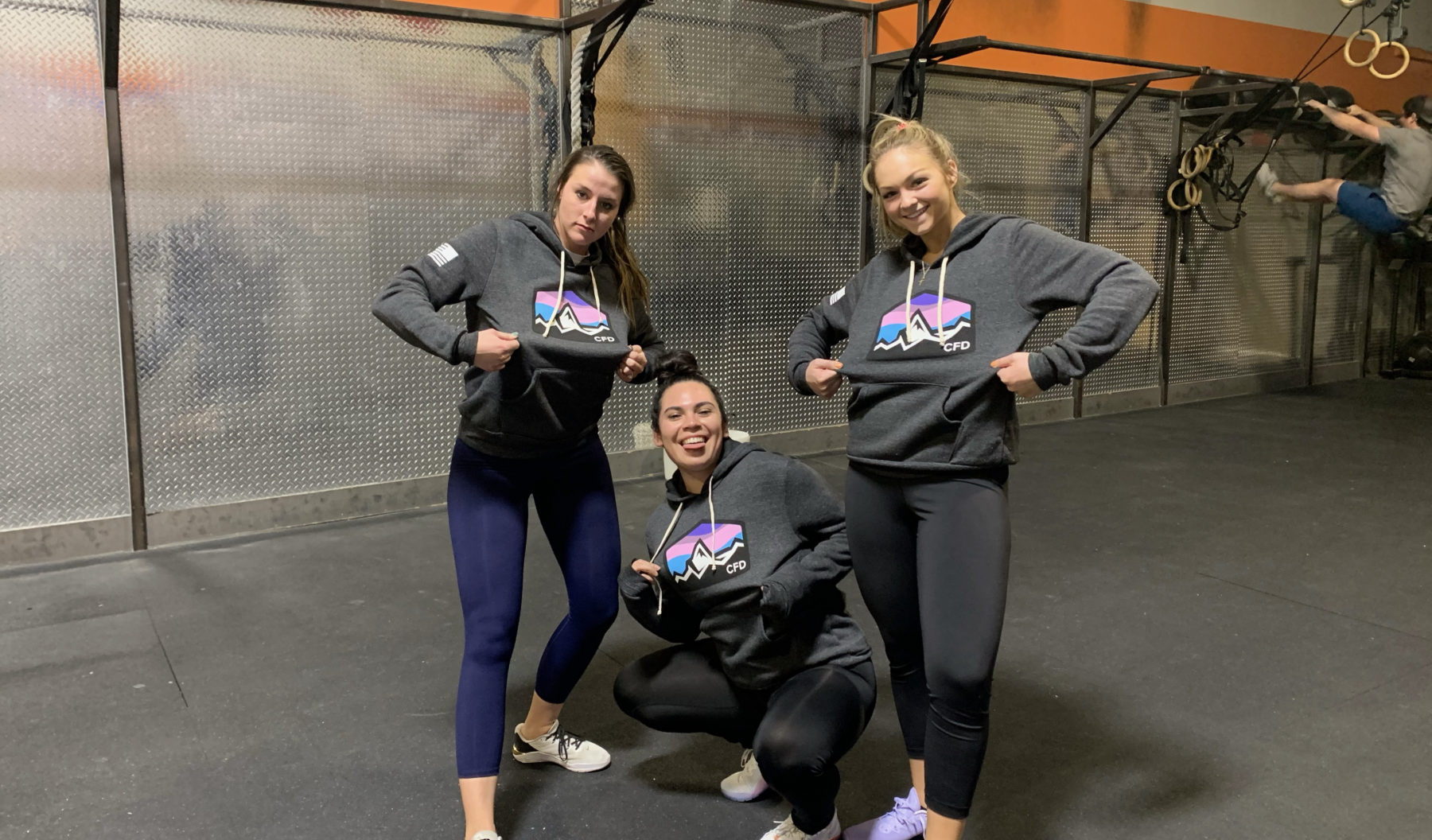 Have you got your new CFD hoodie yet?!

“Stay committed to your decisions, but stay flexible to your approach.”

We can’t always see what is ahead on the windy road. We don’t know if there will be a lightning storm, a massive oak tree blocking us, or maybe it’s road construction pushing a lengthy detour. All of which can cause a change in our planned arrival time.

Direction without flexibility is a recipe for disaster, trying forcing a path that may not be possible. Yet flexibility without direction is just as harmful, living like a leaf blowing in the wind.

It’s not a matter of if, but when, we hit the roadblock and will need to adjust our route. But the destination does not change. Dedicated to the “what” we’re after, but flexible in the how. 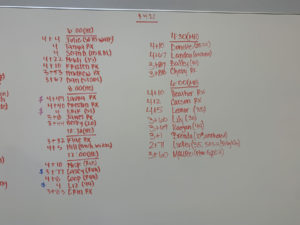 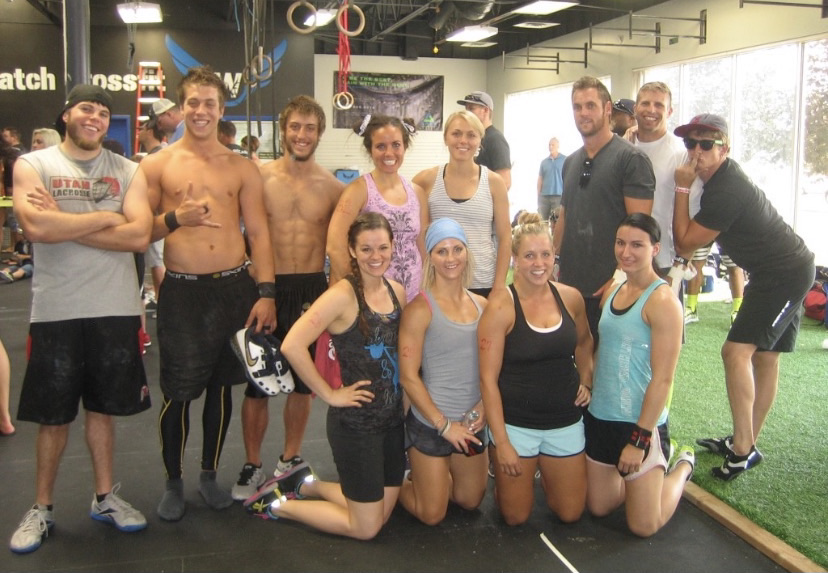 Throwback to 2011! Quite a few of our members are coming up on their 10 year CrossFitversary! Yes that’s a word. See if you can pick out the people you now!

“You’ve got to get up every morning with determination if you’re going to go to bed with satisfaction.”

“Win the morning, win the day” is something we’ve all heard once or twice before.

It’s less however about winning the morning, and more about establishing the right habits. The most successful in life routinely draw back to a core staple of set daily habits.

Write a short list of healthy habits you believe push you forward. It could be reading, journaling, “no phone hours”, or anything in between. Where consistency is king, discipline is freedom. 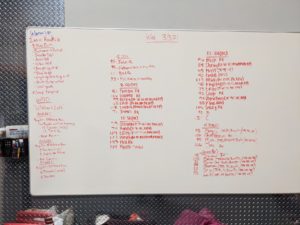 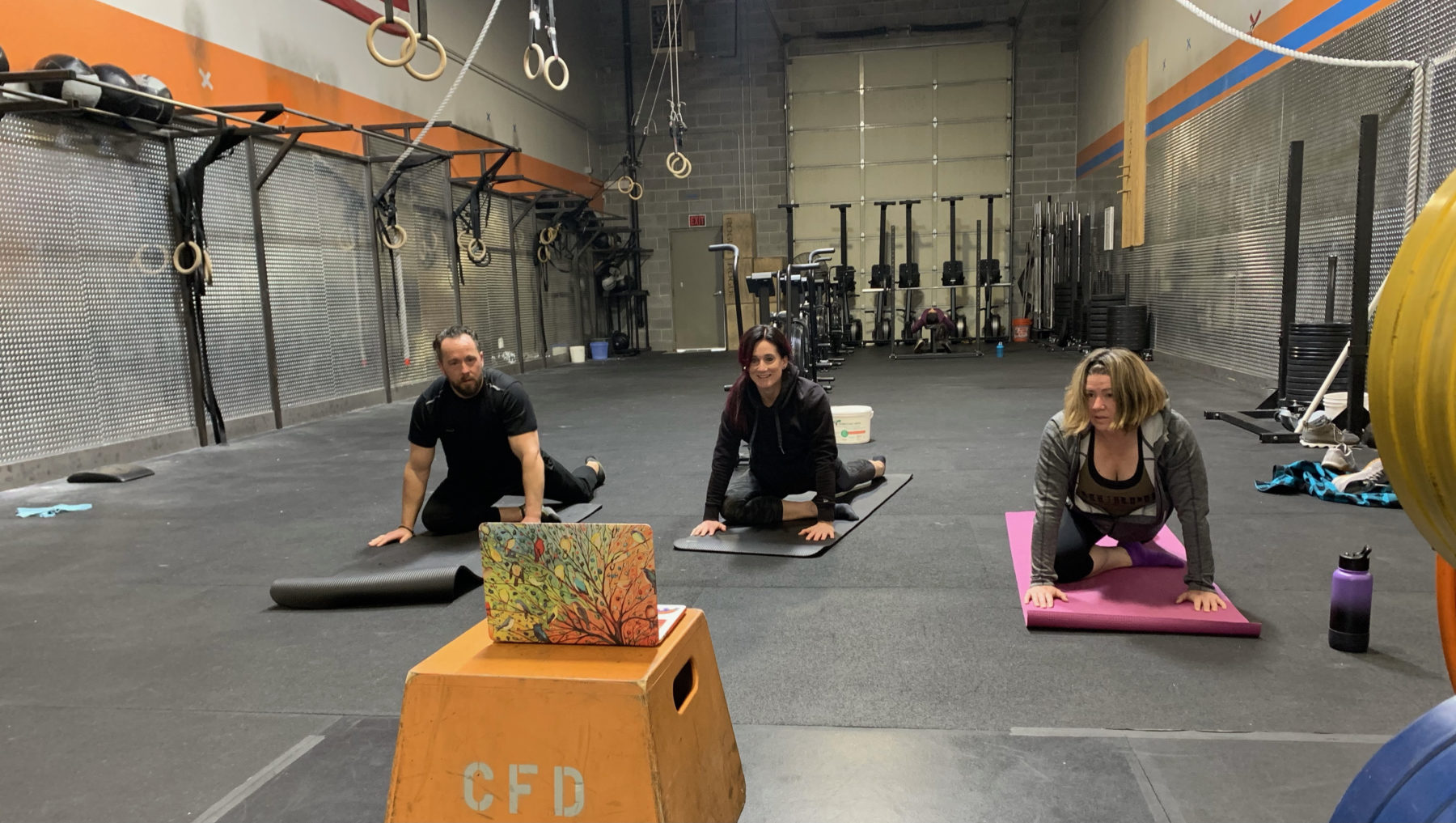 “Single All the Way”

“I would rather die of passion than boredom.”

There are times in our lives, whether it be during training, at work, or at home, where we question the choices we’ve made. They arrive shortly after we make an important decision. A form of “buyers remorse”, where we wonder if we’re on the right path. As humans, that’s what is safe to us, and we seek it out… knowing with certainty, in uncertain times, that we’re on the best path forward.

But… do we really?

Uncertainty makes us feel alive. Those moments are etched into us forever, and are some of our fondest memories. If everything was known, expected, and pre-determined, life would be so horribly boring. It wouldn’t be a life at all. Where others may run from uncertainty, let’s embrace it for what it is, and create the life of memories we’ll look back on with pride. 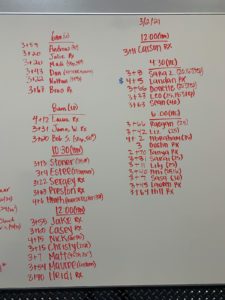 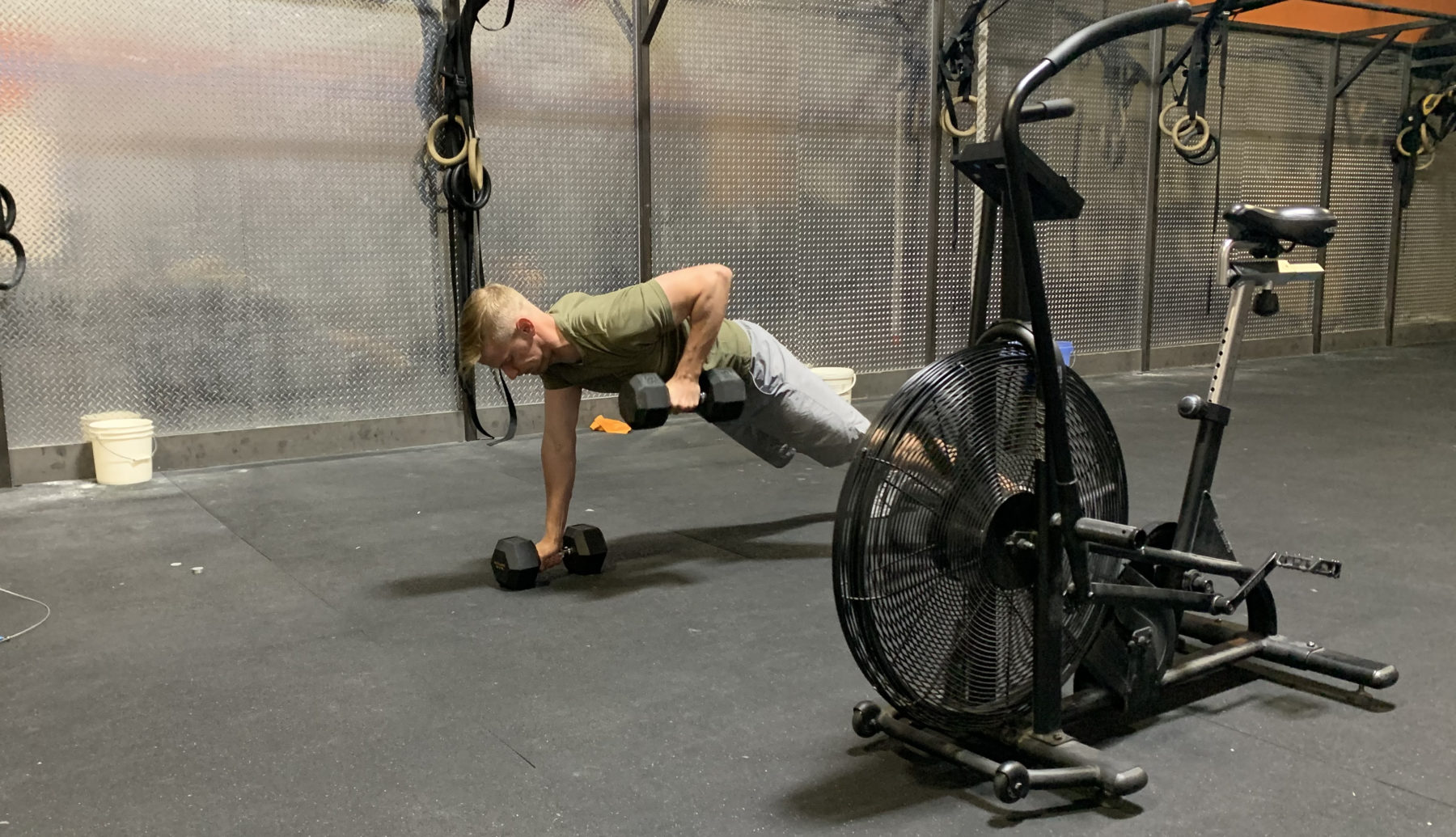 Andrew is keeping his pace with great form throughout the Renegade Rows during Thursdays WOD!

“Hope and despair are both self-fulfilling prophecies.”

If you are in the market for a blue Honda, all you see on the road are blue Hondas. It’s as if they are seemingly everywhere. In every intersection, passing us on the highway, and at the gas station.

Yet, they were there the whole time. We as humans have what’s called the “Reticular Activation System”, which helps us see more of what we’re actively thinking about.

It’s actually a survival mechanism. If we needed to look for food because we were about to starve, we prime our senses to find it. Or if danger was close by in the form of a man-eating predator, we’d prioritize our senses to be very aware of where the threat was, or where it could be hiding. It’s an incredible level of focus that we don’t realize we’re using, bringing what is on our subconscious mind into the conscious world. 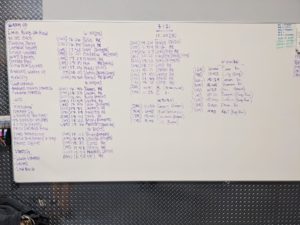 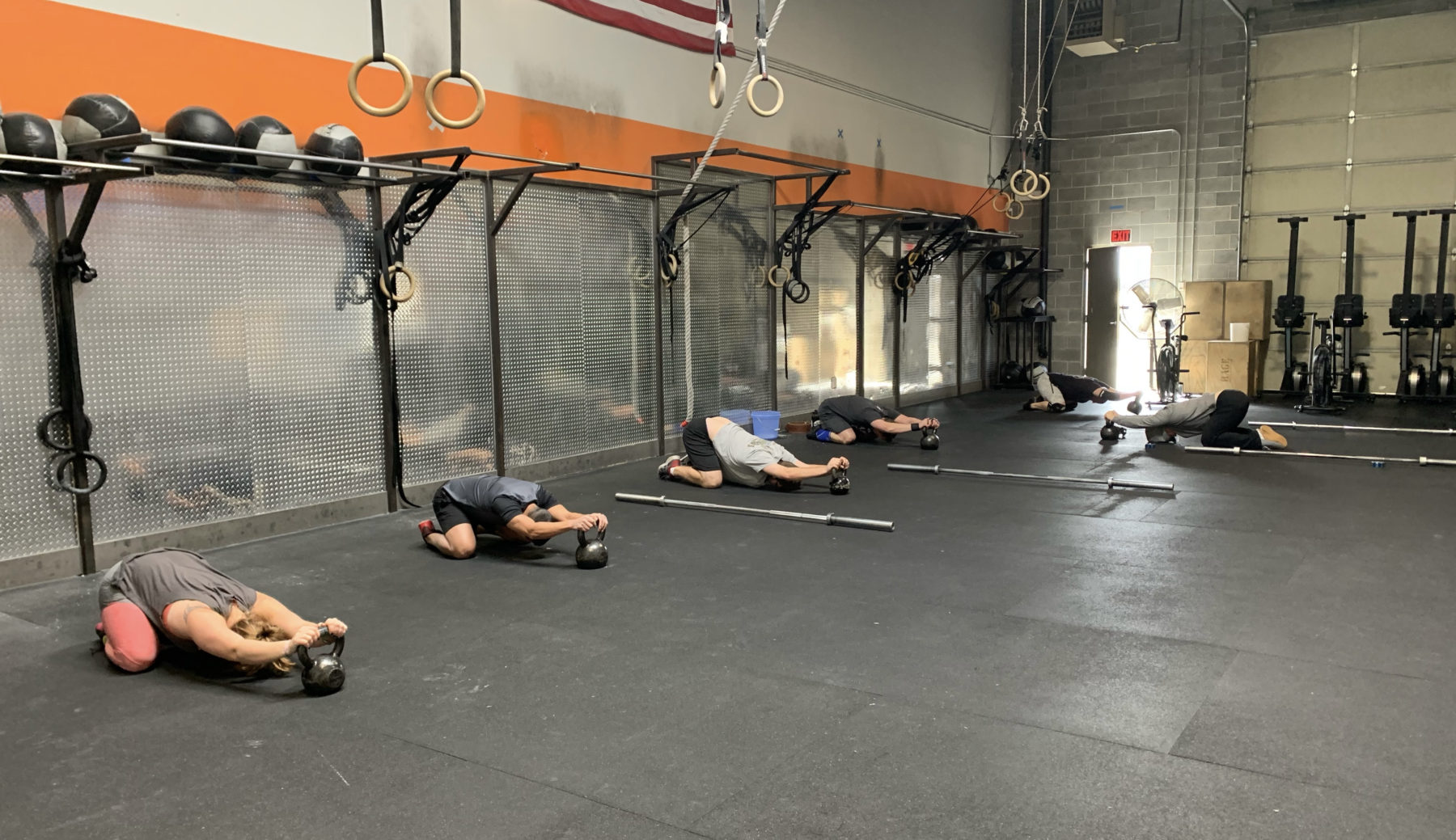 Don’t forget to give your mobility a little attention this weekend!

“How much do you care about getting better?”

Sounds like a silly question, but most don’t think about this.

When we are truly care about getting better, our view on things change. We see events as means to grow… truly chances to improve ourselves. The opposite is when we view everything as a test.

When we find ourselves comparing against others, stuck on the thought of viewing “X” as a measuring stick against our goals, remind ourselves of this question. How much do we care about getting better? 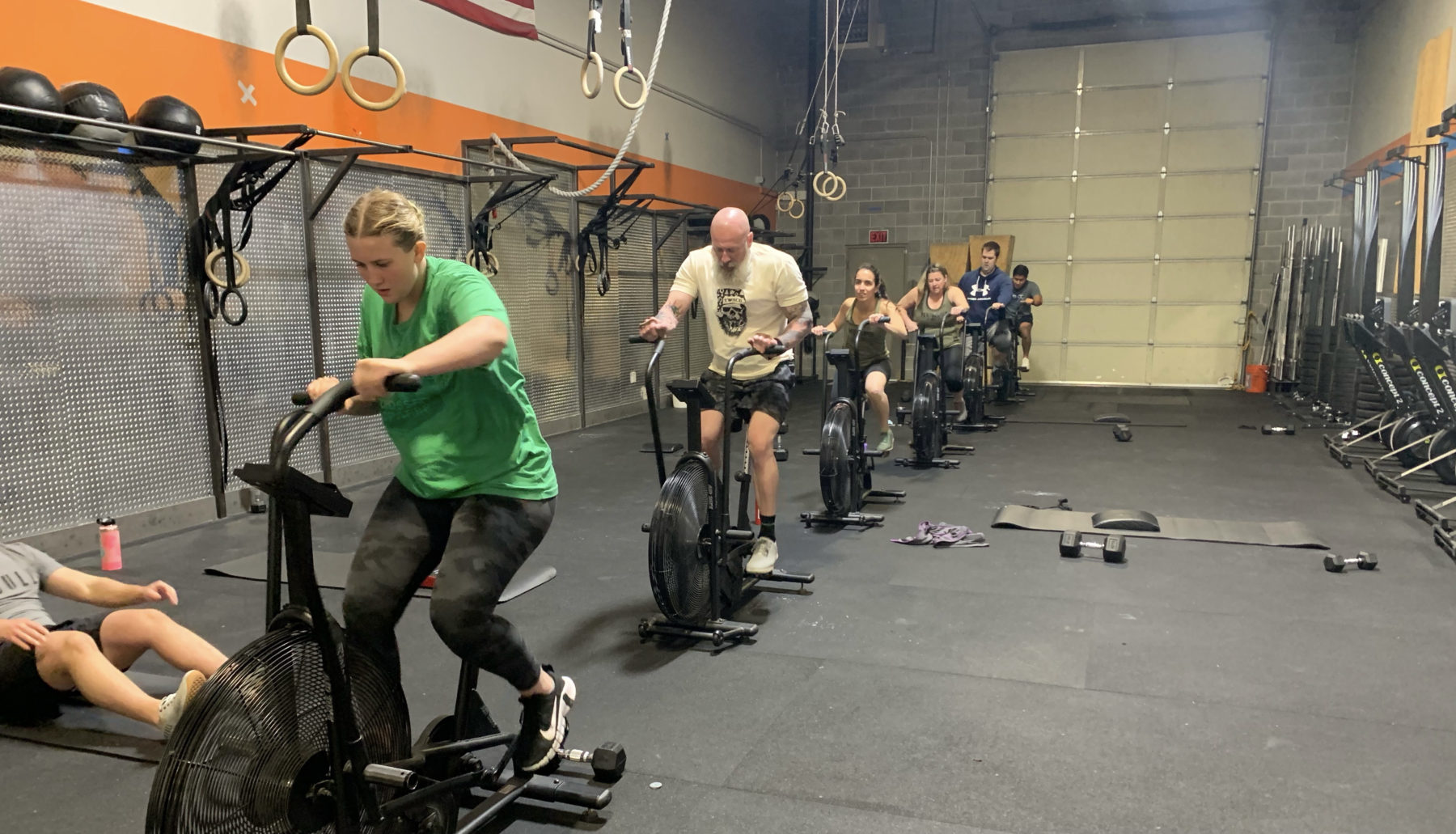 Who’s ready to get on the Saturday bike train?!

Don’t forget to jump in on Heathers Zoom Yoga today at 9:15am!  Click here to join.

“What you resist, persists.””

What would you think about if I told you to not think of a pink giraffe?

The same effect takes place if I tell you “don’t slow down” as you start your final 400 meter run in a workout. Our minds don’t operate well when we focus on what “not to do”. Instead of focusing on what not to do, let’s focus on what to do..

Let’s turn “don’t slow down” on that last 400m run into “I can hold this pace”. Transition “don’t eat those cookies”, “let’s go snack on some celery”.

If our thoughts become words, and those words become actions, we’re going to get what we focus on. So let’s choose wisely. 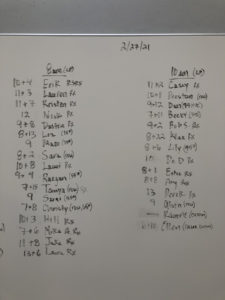 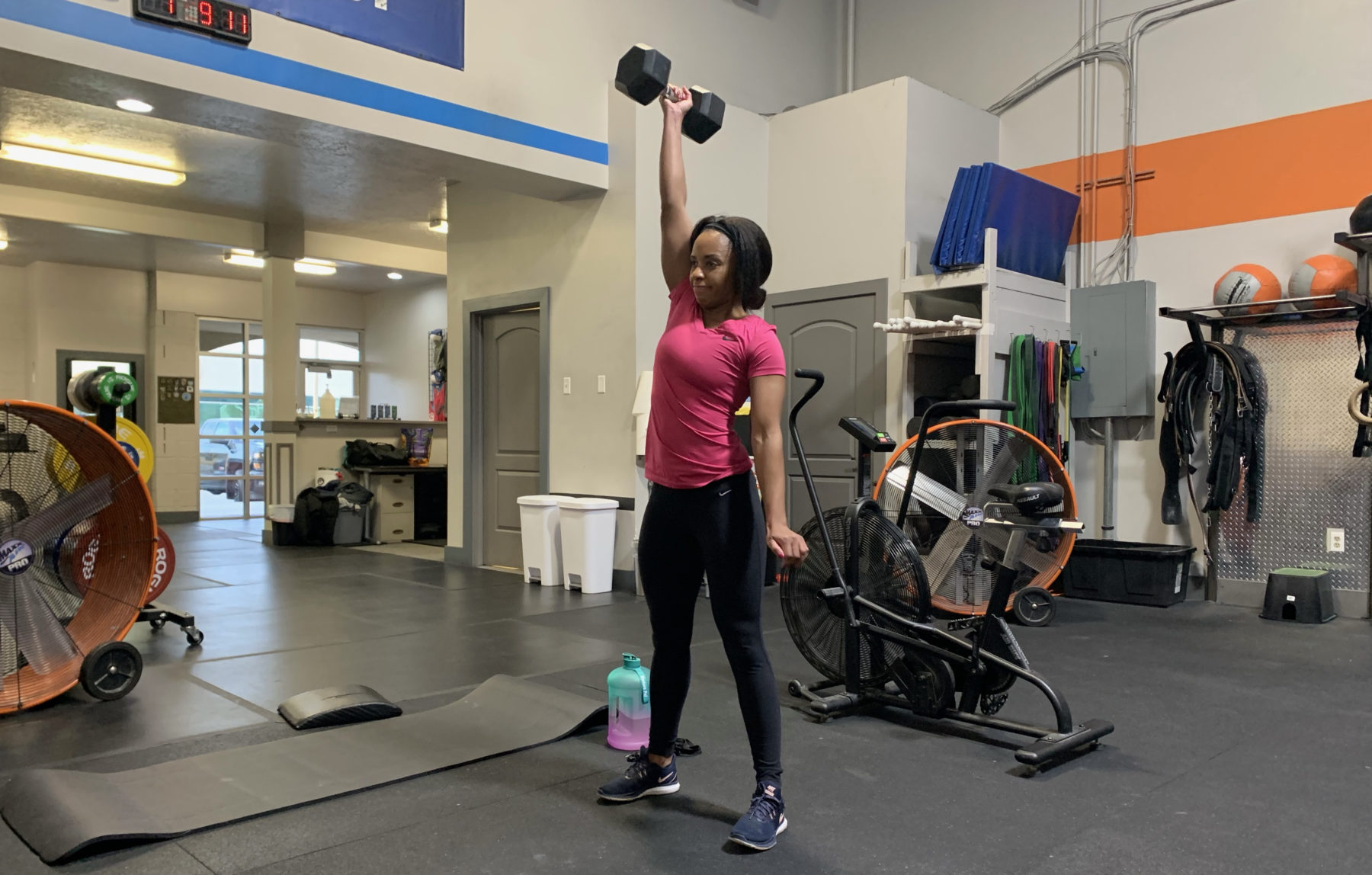 Ary is making sure to keep her arm close to her ear as she works through her Dumbbell Snatches!

“As I walked through the door to my freedom, I knew that if I did not leave all the anger, hatred and bitterness behind… I would still be in prison.”

Nelson Mandela was sentenced to 27 years in prison.
He had no bed.
He was routinely put in solitary confinement, with no end in sight.
He at one point was thrown into an empty grave, where he was sure he was about to be killed. But was instead, he was urinated on by the prison guards. For their humor.

What he went through is something no human being should ever have to endure.

Yet, to his inauguration ceremony as president of South Africa, he invited one of his former jailers. On another occasion, he invited out to lunch the man who tried to get him sentenced to death (instead of prison). And on his 20th anniversary of his release, Nelson invited a third jailor to dinner with his wife.

When asked why he would do this, why he would invite the very same people that tried to make his life miserable, he replied: “If I did not… I would still be in prison.” 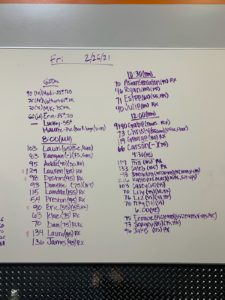